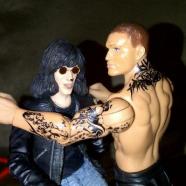 Posted by fascinatorium on September 13, 2014 in General frolic | 3 Comments

I’ve got more than a feeling it does. Well, I don’t know that it does. But, wouldn’t it be nice?

It’s been a long and winding road getting to Friday night. There ain’t no sunshine anymore, and after the crapstorm of work this week, I wanna be sedated. So, I’ve had a few G&Ts, now I’m comfortably numb. I might not feel like hot stuff tomorrow, but when I drink, I say, don’t stop ’til you get enough.

It’s been one of these nights, and I find myself alone again (naturally). But, if you don’t know me by now,  it’s just what I needed.  Why? Did you think I’d be living for the city down in funkytown with my night moves? In my 20s, I thought I could walk on the wild side, be a rebel, rebel, hanging out with all the young dudes. I would make a plan to tear the roof off the sucker, and by golly, one way or another, I’d end the night running on empty. After a good night, I was a ball of confusion. But in my 30s, my body was like, dream on. So, I decided I got to give it up. Got a guy, got my band of gold, and thought I would take it easy. Nothing’s easy. I gave him the best of my love, but mercy, mercy me. We just began to drift away.

I found that in my drafts folder this morning.

Take it as you will. The story lines are mostly true. The drinking part is definitely true. But the words/phrases aren’t entirely mine. They were [drunkenly] re-appropriated from an internet list of the 100 Greatest Rock Songs of the 1970s.

However, the inspiration for the post itself came from my nephew’s toy chest: 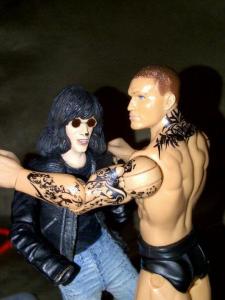 ← Agony of defeet* Almanac be damned →